You can set the conflation during the market subscribe request, defaults to 0 but you can choose how often you want to receive it. It’s odd because it’s a handy feature but none of the trading apps seem to use it.

I know betfair use a piece of open source software called Kafka for managing streaming updates but there is probably something else handling slow consumers (conflation). Sockets are complex but at a high level it is my understanding that once the receivers buffer is full the server is told this which then allows the server to halt sending more data. I believe it is then a case of updating that ‘halted’ data to prevent the consumer receiving ‘stale’ data.

Thanks Liam, it does. I appreciate this is more in-depth stuff and beyond most of us but I am interested in these things. It’s the sort of detail that gets exploited by those in the know before anyone else cottons on. I wonder if the lack of utilisation by trading apps is because setting it for optimal performance would be very specific to an individual socket, the machine’s processor, what else it was doing at the time and the level of market activity? 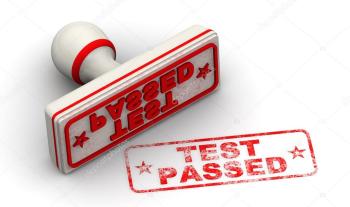 Now, bench testing complete, I’ve put the new Oscar live on the Aus horses only (staged implementation, sounds good). As mentioned in the last post, there are two areas where significant changes have been made to the code.

I trialled two different methods of navigating the markets. One is quite basic and simple code, the other more complex but I thought it would handle any troublesome delays better. It was over complicated though and as I worked through the errors whilst testing, it became bloated and confusing. Impact wise, the simpler code is only one extra step on an if-then-else statement. And it’s the same amount of steps as the old code. I’ve set it to update after a set time, 1:45am, then select first race in list shortly after. I use the day number, as integer, to check if the process has completed today. Previously the list update was performed within a set time period, which was fine when there were regular updates at the desired refresh rate. But with streaming, if there’s a market loaded that’s a few day’s off, as is sometimes the case for big events, there are no regular refreshes. This can mean that the set time window see’s no updates to run the list refresh code.

That change is almost not needed because of the next change. I’ve coded to turn full streaming off when not within the trading time zone. This forces regular refreshes. The above change will still come into use though if there are any issues causing a delay (can’t think what, but the code is better now, I’m sure).

Finally for this update, I’ve employed the green up trigger to replace my code. The module is less than a quarter of it’s previous size and the trigger takes care of cancelling any unmatched bets, submitting a greening trade and then chasing every second until matched. Splendid.